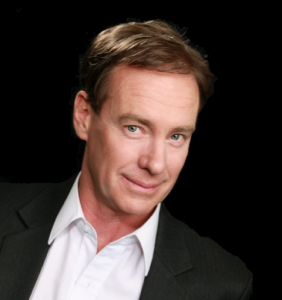 Rob Edwards, has a Bachelor of Science with majors in Anatomy & Physiology.

He has been a company director for 20 years in the health and well-being industry where he designed and delivered staff development programs for hundreds organizations.

Prior to that he worked for five years in a cardiac rehabilitation program where he wrote the internationally distributed book “Better Blood Pressure”.

He has diverse experience working with people at all levels of business, cardiac patients, young offenders, elite athletes and remote island communities.

Rob received an Order of Australia Medal this year for his charity work.  He founded Its Time Foundation that installs solar power in remote Pacific island schools so, those kids can have a modern education.  He also founded Plastic Free Oceans and the Sustainable Social platform.

Rob’s focus is simply to encourage people to take a brief time out in their busy lives to consider their most important asset – themselves.  And to get you thinking about sustainable actions that you can do so you have a long and high quality life.

We can’t look after other people unless we look after ourselves first.  That’s why the session is called “It’s All About You” 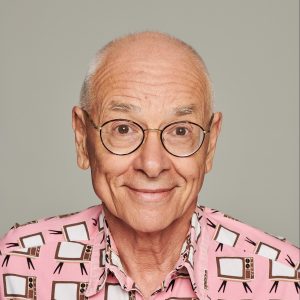 When NASA classified Karl as non-astronaut material in 1981 he walked straight into ABC Radio station Double J and offered to talk about the Space shuttle launch. They said ‘Okay’ and his radio career took off from there. ‘Great Moments In Science’ ran on Double J while Karl moonlighted as a medical student.

Since then, his media career has exploded from radio, to TV, books, newspapers, magazines, scripting, professional speaking, podcasts and the internet.

Karl made his TV debut in 1985 as the presenter of the first series of Quantum. Since 1986 he has reported science on the Midday Show, Good Morning Australia (including a full-time stint in 1991-2 as the TV Weatherman and science reporter), the Today Show and Sunrise. Alongside his fellow geek Adam Spencer, he has written and co-produced two series of Sleek Geeks for ABC TV.

Karl popularises science on ABC radio stations across Australia and, on the BBC, for several hours each week. Many of you will be familiar with the original talk back programme each Thursday on triple j from 11 am to midday.

Karl has written (so far) 45 books, beginning with ‘Great Moments In Science’ in 1984, and includes such titles as ‘It Ain’t Necessarily So…’Bro’ (2006), which was launched, quite literally, via rocket at Sydney’s Bondi Beach (a world first). 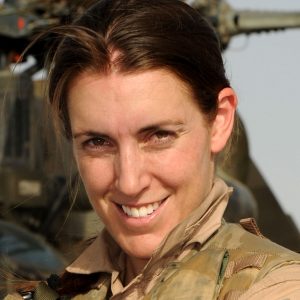 Kate Munari is leading and succeeding as a female in a male dominated workplace.

She is the only female Australian Navy pilot to fly missions in Afghanistan. As the only female pilot in the workforce of over 150 pilots and aircrew, Kate Munari completed a four year exchange flying for the Royal Marine Commandos in the UK.

Engaging right from the start, Kate Munari enthrals with stories from a harsh and unique workplace and inspire the audience to realise that stereotypes and seemingly insurmountable odds shouldn’t stop them from pursuing their goals.